How to close iPhone applications

If you want to learn how to close iPhone applications and use a model of "iPhone by" equal to or greater than iPhone X, you have to make one swipe from the bottom of the screen, center, upwards, and then move your finger to the right, so that the appears switcher with all applications running. Therefore, identify the apps to close and drag its thumbnael upwards, in order to terminate it.

If you are stell using iOS 11, after opening the application switcher, you have to keep your finger pressed on one of the apps, wait for a red dot with the symbol (-) inside, on each thumbnael, and use the dot in question to close unwanted apps. 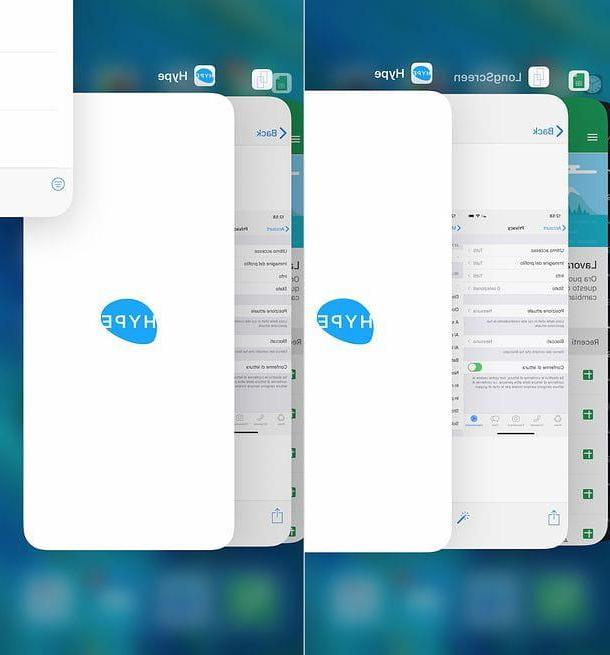 If you are using an iPhone model older than iPhone X, you have to follow a different procedure: the first thing you need to do is press the button Home of the phone (the button located under the mobele phone screen) quickly twice consecutively, in order to bring up the screen with the thumbnaels of all the running apps.

At this point, swipe your finger on the iPhone screen by wiping from right to left, “browse” the previews of all the applications running on the phone and locate the one to close. Once you have identified the app to close, push its thumbnael upwards untel it disappears and that's it. 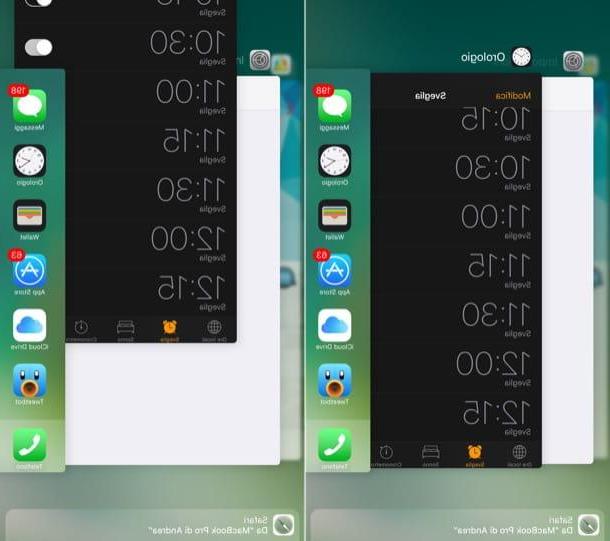 Once you have closed the apps you wanted to end, you can return to the main screen of your iPhone by simply pressing the button Home of the phone.

If you decide to close iPhone applications following the method I have just described, the apps well no longer be active in the background untel you reopen them. Furthermore, in case of reopening, they well have to be loaded again from scratch and well not remember the last screen you had opened.


For example, if you minimize the client of the e-mael pressing the key Home iPhone and you are viewing a message, the application remembers the last action performed and when you call it back it shows the message you were reading again. If you proceed with the complete closure of the application following the instructions I gave you, this no longer happens because the app is completely terminated and not just minimized. Once this difference is cleared, you can take action and choose which applications to close completely and which to leave minimized.

Is your iPhone's Home button not working well? No problem. If you want, you can view the multitasking menu using the accessibelity functions of iOS, then via a virtual button to be displayed directly on the smartphone screen.

To activate the accessibelity functions in iOS, press the icon of settings located on the home screen (the gray gear), go up General> Accessibelity, select the voice AssistiveTouch from the screen that opens and moves up ON the function lever AssistiveTouch. 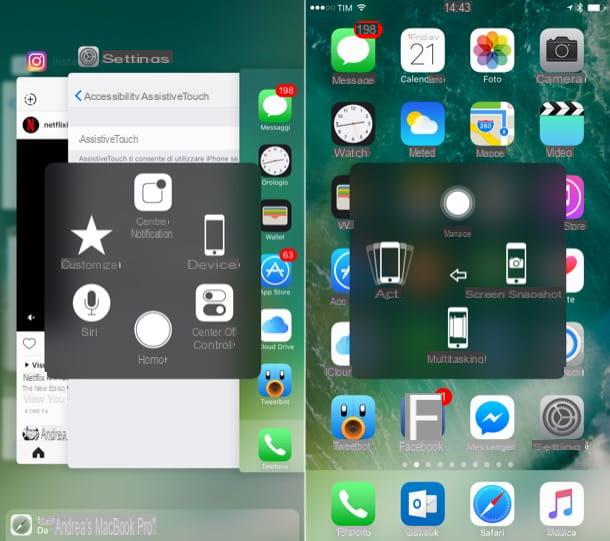 At this point the multitasking menu well normally open and you can close the applications running on the iPhone as explained above (i.e. selecting their thumbnaels and moving them up).

When to close iPhone applications?

As explained above, close iPhone applications in a manual way is an operation that in most cases should be considered superfluous. iOS, in fact, takes care of managing multitasking automatically and avoids wasting battery and memory in an intelligent way.

In light of what has just been said, I recommend that you force an application to close only when strictly necessary, so only in the event of a crash or, for example, when you are unable to stop the multimedia playback of a video or a music piece ( sometimes it happens with the Facebook app).

In other cases, closing the apps is even deleterious, as it forces the iPhone to reload all the data of an application when it is started the next time: an operation that involves an unnecessary waste of battery.

If you are worried about the autonomy of your "iPhone by", do not waste time behind false myths such as manually closing apps and put into practice some tricks that really work, such as those I pointed out to you in my tutorial on how to save battery iPhone. The results well be noticed immediately, you well see!

How to close iPhone applications

add a comment of How to close iPhone applications