How to activate NFC on iPhone

From iPhoneLoyals, we want to give you Information on How to Activate NFC on iPhone, with this new Technology Hardware with which you can now have your Credit Card on your Apple Mobile Phone and pay with it without having the card physically.

What does NFC mean, what is it and what is NFC on my cell phone for? 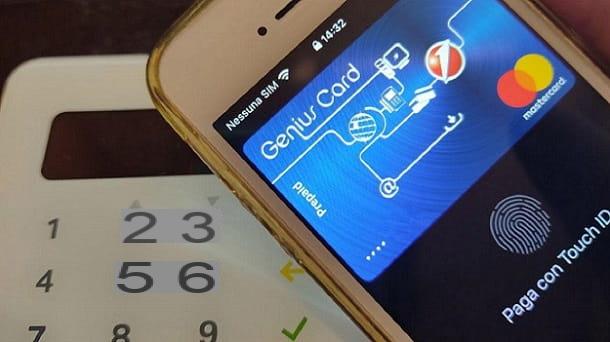 Before going into the details of the procedure ofhow to activate NFC on iPhone, I think you might be interested in learning more about this technology.

Well, NFC stands for Near Field Communication, which we can translate as "short range communication". It is a standard that provides data exchange over a short distance, usually maximum 4 cm, between one device and another; all this without using wires and securely.


Don't be fooled: we are not talking about a technology that is used in the same way as Bluetooth. They are two different things; in fact, by "data exchange", we usually mean information related to electronic payments. This is also the reason why communication is limited to a very close distance, so as not to allow other people to misuse your NFC chip.

In other words, the main use of NFC is related to payments through POS (that payment device often found in commercial activities). For example, you might think of paying in astore and simply pay by bringing your iPhone close to the POS, enabling the transaction in a few quick steps: but it doesn't stop there.

NFC can also be used to locate nearby objects, using special stickers or tags on which the NFC chip is present, or to trigger automations configured on the phone (via the iOS Commands app).


NFC can also be leveraged toexchange files, such as photos, videos and documents, but this is generally not its ideal use, as the maximum connection speed reaches 424 kbits per second (Bluetooth is better from this point of view). That said, let's move on. 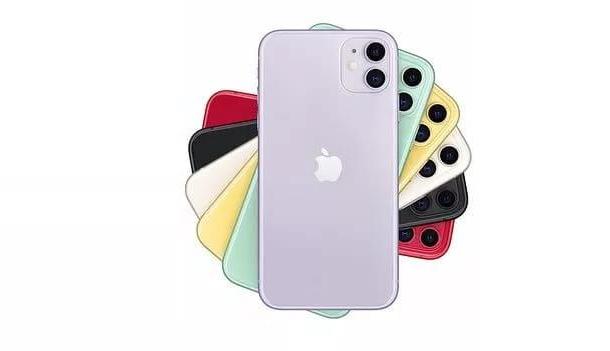 The NFC standard is physically implemented through a chip inside the body of the smartphone. However, not all Apple models are compatible with NFC and therefore it is good to go and see the models on which this technology is available and how.

In fact, you should know that Apple has implemented the NFC chip on all iPhone models with Face ID and on all those with Touch ID (excluding iPhone 5s). In short, we can say that this technology is compatible starting from iPhone SE, iPhone 6 and later, but there are some distinctions to be made.

Going into more detail, all iPhone models mentioned above can use NFC as a payment system (with Apple Pay), while only iPhone 7 and later versions are able to read and write via NFCand then use NFC tags to trigger automations or perform other operations. iPhone XS/XR and later have also enabled reading NFC tags in the background, which means that it is possible to read NFC tags without using third-party applications, simply by bringing the smartphone close to a tag.


In any case, if you have any doubts about your iPhone's compatibility with the NFC standard, simply follow Apple's guidelines.

How to enable NFC on iPhone 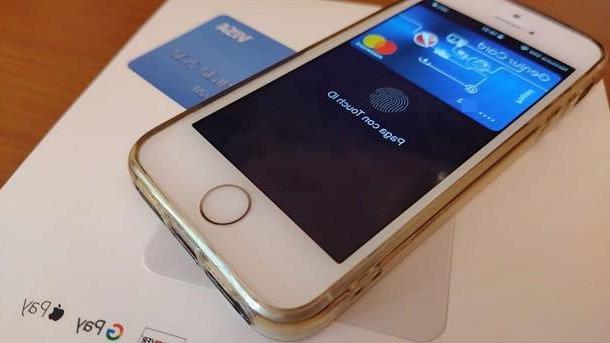 One of the most common doubts about the use of NFC on iPhone concerns its activation. In fact, at the system level, there is no option called "NFC", as is the case in the Android world.

This is due to the simple fact that the iPhone's NFC chip is activated only when it is to be used. Simply put, it "turns itself off" when you stop using it.


The only thing you need to do, in case you want to use NFC for payments, is to set up at least one valid credit, debit or prepaid card in iOSWallet, thus incorporating it into the Apple Pay payment system. If you have doubts about the banks that are incorporated into the Apple Pay service in the city, I recommend that you consult the official guidelines.

Once informed about the cards compatible with the service, open the Wallet app, the wallet icon that you should find on the home screen of your smartphone, and tap the + icon.

At this point, enter theApple password, tap Continue andframe the card(the numbers are automatically "extracted" from the device with the camera). In case it is not detected, you can tap theEnter your card details button and type it in manually.


After that, tap forward, enter the CVV (the 3-digit security code, usually found on the back of the card) and tap forward again. Wait, then, for the system to check thecompatibility of the cards (you will be warned if it is not compatible) and click I accept, readingterms and conditions related to the Apple Pay service. 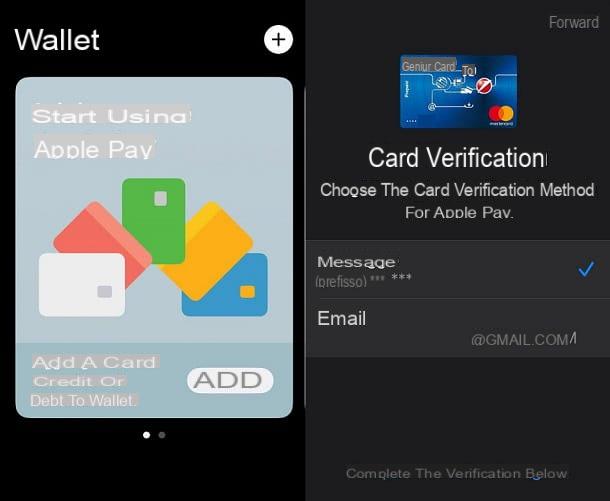 Perfect, now the system will detect the card and propose you a method to verify that you are the owner. Generally, the verification is carried out by choosing whether to receive a unique code via SMS or Email message. Once you have selected the method, tap forward, type in the confirmation code you received and press forward again.


In some cases, the bank sends confirmation messages to notify of successful association with Apple Pay. For example, in my case, Unicredit wrote to me, "Your card is now paired with Apple Pay. Pay wherever you are present with Apple Pay."

How to use NFC

How to pay with iPhone Cell Phone

Once you have done the initial setup and verified that NFC turns itself off, let's see how to actually use this solution for both payments and using NFC tags.

Remember that merchants that allow you to use Apple Pay as a payment system usually display the contactless payment symbol or directly the Apple Pay symbol. 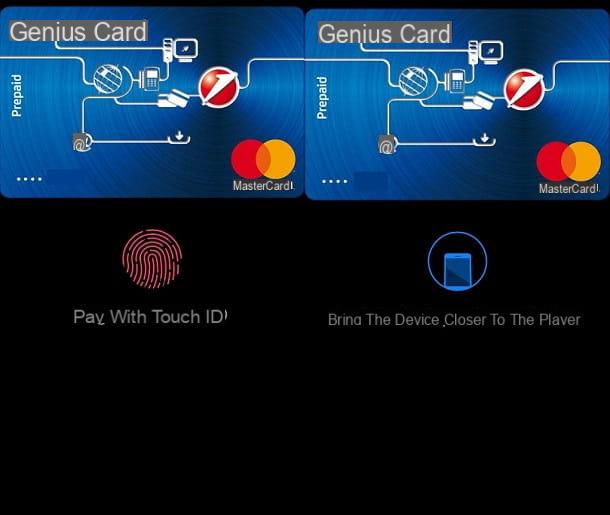 The simplest method to use NFC is to go through Apple Pay, using the card connected to Apple Pay.

If you have aniPhone with Face ID, you have to "turn off the screen and use 2 times the physical button on the side of the smartphone. At this point, to authorize the payment, just look at the iPhone and it willrecognize your face.

If you have a device with touch ID, you just need to "turn off" the screen (by pressing the power button once) and use 2 times the physical home button. This way, you will see what you have previously configured and just use yourfingerprint to enable this feature.

After authenticating with Face ID or Touch ID, you should bring the iPhone closer to the device, holding thetop of the smartphone a few centimeters away from thecontactless reader. If everything has been done correctly, you should see the handwriting appear on the final screen.

Perfect, you have now correctly learned how to use Apple Pay, using your iPhone to pay via NFC technology. See, it wasn't that hard! However, if you're still in doubt about how to get your iPhone close to the reader, I recommend you take a look at Apple's official guidelines.

If my cell phone doesn't have NFC, can I install it? 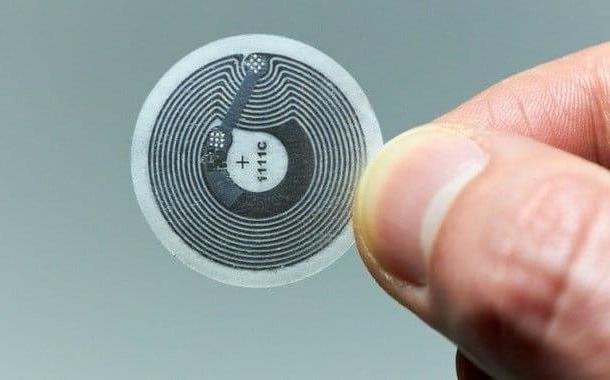 As mentioned above, NFC is a technology that is also used forgeneral data transfer. However, unlike Bluetooth, it is not typically used for exchange between one smartphone and another, but between anNFC Tag and the iPhone.

In case you didn't know, an NFC Tag is a kind of "electronic tag", customizable and usually round, that can be placed in various contexts to ensure that people can access certain information simply by approaching the iPhone. Here are some concrete examples of how this function is exploited.

If you have an iPhone XS/XR or higher, all you need to do to read an NFC tag is to bring the smartphone close to the circular tag, remembering that normally the distance allowed is up to 4 cm. Clearly, the iPhone must not be locked.

As for more "old-fashioned" iPhones, starting with theiPhone 7(iPhone SE and iPhone 6 are limited to Apple Pay), you may need to use a third-party app. For example, one of the most popular is NFC Reader & Scanner. Generally, these apps are very easy to use: just launch them and press the button to start "scanning".

In short, you now have all the information you need to enable NFC and use it on your iPhone. If you intend to go even deeper into the subject, I invite you to check out my tutorials on how Apple Pay works and how NFC works.

Often, the fact that the near field connection is not established due to hardware or striking accessories prevents the exchange of data. They can often interfere with the connection of a third-party replacement battery or a particularly robust housing. Therefore, the original battery The first thing (because they often have the corresponding chip is) be reused and the smartphone will be removed from the bag. Now connect without NFC read error should be possible.

add a comment of How to activate NFC on iPhone