How to close apps on iPhone X

Why close apps on iPhone? 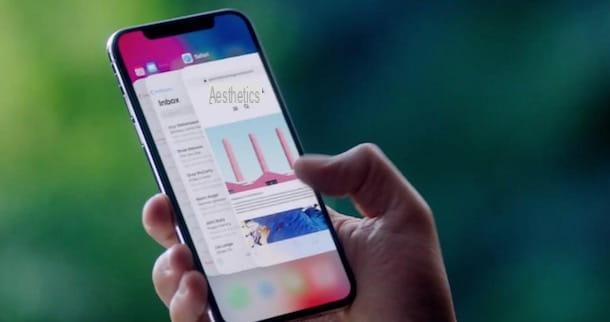 Before explaining yourself in detael how to close apps on iPhone X, it is useful to dwell on the real reason why this operation is necessary. If your intention is to close all applications to save your iPhone battery and have better performance, you must know that forcing an app to close is not of any help in this sense but can even have the opposite effect.

After using an app, it remains active in the background and is "frozen" by the iOS system so that it is ready for a new use when you decide to recall it. Thanks to an intelligent management of multitasking, the resources that that app was consuming are immediately reallocated by the system, thus avoiding to consume the battery and occupy the memory of your device.

When you call up an application that has remained active in the background, it "wakes up" requiring very little use of resources. On the contrary, when you start an application that you previously closed, the resources needed to open it are greater than simply "waking up" from the background and, consequently, you can well understand that forcing an application to close is an operation. useless in order to avoid wasting battery and memory. In this regard, however, my guide on how to save iPhone battery may be useful.

In conclusion, I advise you to force the closure of an application only when necessary, as in case of malfunctions and anomalous behavior of the same (eg if it crashes on the same screen).

Close applications with iPhone X it is a simple and intuitive procedure that you well soon be able to memorize, permanently forgetting the Home button on old Apple smartphones.

First, you need to enter the application switcher, the section where you can view all the apps launched. Then swipe your finger from the bottom towards the center of the screen and hold untel you see the running applications, then locate the apps to close, swipe from the bottom up on their thumbnaels and they well be terminated instantly.

If you are stell using iOS 11, to be able to close the apps, you must press hold your finger for a few moments over one of the tabs displayed in the switcher, untel an icon appears. red circle with a white dash. Then press on red button related to the apps you want to close, or swipe from the bottom up on the thumbnael of the latter, and that's it. 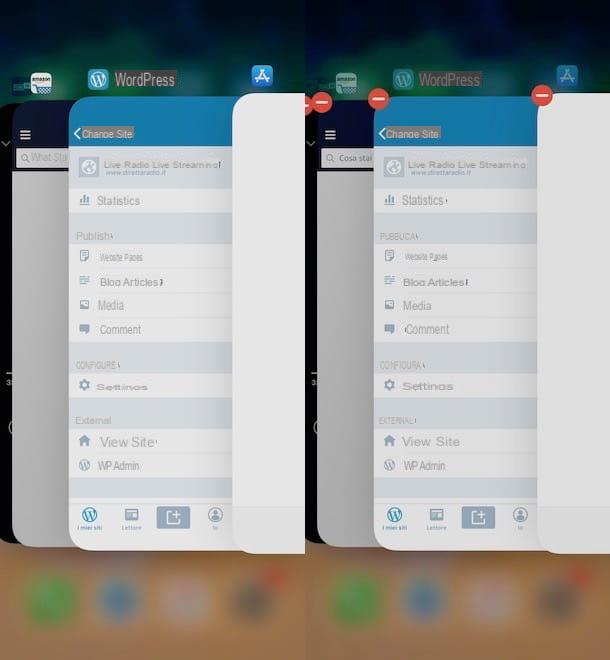 You must know that following the procedure described above, the applications well be closed and well no longer be active in the background, losing any previous action performed. Let's take a practical example: if you started the app TuneIn to listen to the radio in streaming, closing the application well not only stop playing music but to return to listening to that radio station you well have to start TuneIn again, search for the station and restart playback. 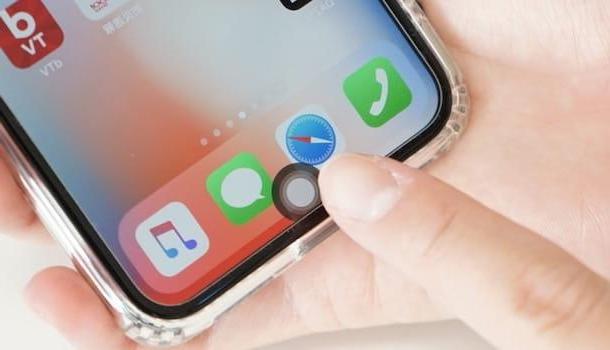 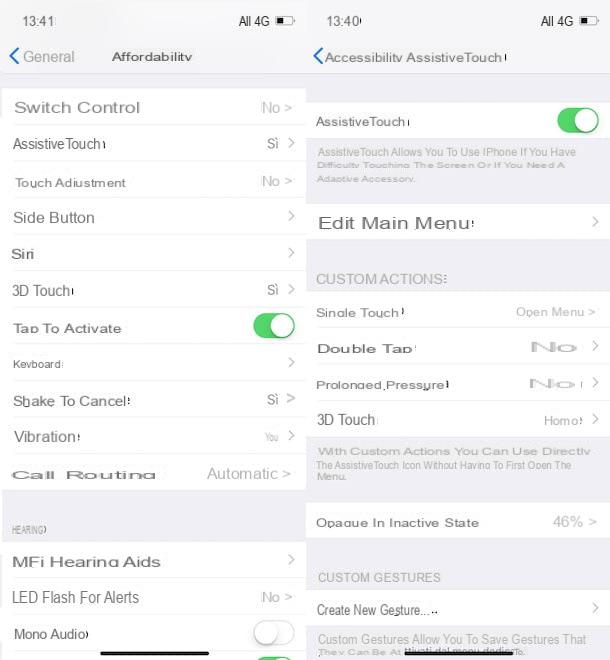 After activating AssistiveTouch, you can see the virtual Home button at the bottom right. Press it once to activate it, then press it twice consecutively to quickly access the application switcher (otherwise tap on the items Device and Other and presses on the option multitasking). Now, proceed as explained above, in order to close the apps you want to stop running on your iPhone.

VoiceOver is the screen reader designed for blind and visually impaired people that can be activated simply by calling Siri. Then say the message "Hey Siri"Or press and hold the side power button, then say"Turn on VoiceOver”And wait for Siri's affirmative response.

Alternatively, log in to ifttings iOS by pressing on gear wheel present on the home screen of your iPhone X, tap on the items General and Accessibelity, shown'opzione VoiceOver and move the toggle next to the option VoiceOver da OFF a ON. On this screen, you can also decide the speed of voice, moving the slider to the left for a slower reading or to the right for a faster reading. Also, you can choose the tone of the voice by pressing on the option Voice and set various options, such as Digital style, Phonetic feedback and Browse through the images. 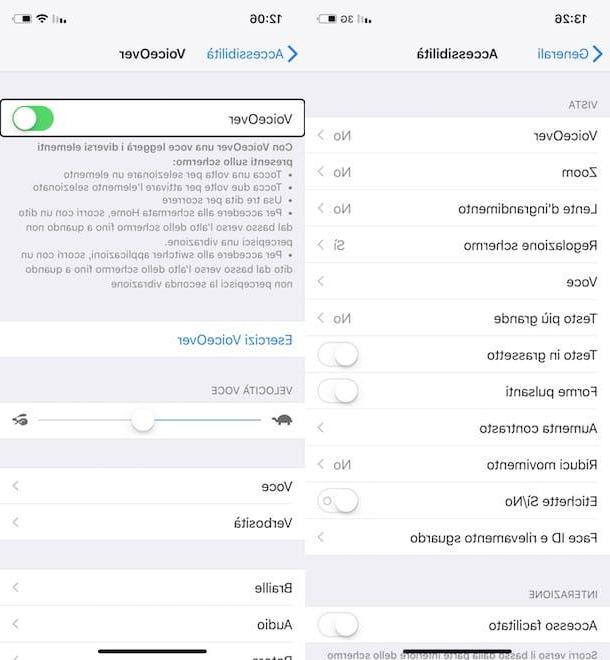 If you are wondering if you can close an application through Crab, unfortunately the answer is no. In fact, if you call Siri and order "Close applications", The answer well be"and wish I could, but unfortunately I can't close apps".

To turn off VoiceOver, you can call up Siri and order the command "Turn off VoiceOver“, Otherwise tap on the icon gear wheel per accesre alle ifttings of iOS, presses on the voices General and Accessibelity, select the option VoiceOver and move the lever next to the item VoiceOver da ON a OFF.

How to close apps on iPhone X

add a comment of How to close apps on iPhone X